Top 5 pro tips to get chicken dinner in PUBG Mobile 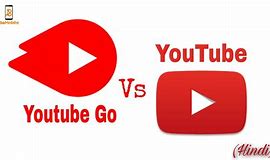 PUBG mobile VS call of duty mobile: which one to play

There is no denying in the fact that YouTube is the popular platform these day. It can’t be specified what kind of platform because it is versatile. And most of the popular social apps has a lite version. Such apps are designed for those phones which have less memory and for the places with the weak connectivity.

Like other lite apps, YouTube Go is subdue version of regular YouTube app. Basically, YouTube Go lets you to use quite same feature which are on YouTube with the additional ones. Moreover, it preserve your internet data at the same time. And it is designed for the first generation internet users who want to watch popular and interesting videos in YouTube without any distractions which are in the regular YouTube app. It focus on the controlling internet usage and making video sharing easier.

Everybody wants to know what the video contains before actually watching it. But, YouTube is full of videos with misleading tittles and you will realize the video is fake after watching it for 3-4 minutes. Thankfully, YouTube Go solves this kinds of issues.

2. Available only on android

Apart from the regular YouTube app which is available in every platforms, YouTube Go is only available only on android. It is neither available for IOS and nor you can access it from computer.

4. Keep a check on data usage and storage

YouTube Go is an app which was launched to diminish the data usage. Since it was designed for low connectivity areas and for the places where mobile data prices are high, YouTube Go provide full transparency regarding the data consumed by a video.

READ ALSO: 10 Things you are doing wrong with your android device

While the YouTube Go apps lacks the online video sharing in social media, it have made It extremely easy to share offline videos with nearby YouTube Go user. This apps contains only few buttons and one of them is Share button.

Another amazing feature of the YouTube GO  app is it brings  the language selection. You can choose any language you want and all the navigation links in the app will help to change in that language.

The youtube GO apps clearly focus on data saving, offline viewing and sharing. It lacks features like commenting, sharing on social media, subscribing, channel description and subtitles. If you have low storage, less data, and want to watch videos without any distraction then youtube Go app is best for you.

Any cookies that may not be particularly necessary for the website to function and is used specifically to collect user personal data via analytics, ads, other embedded contents are termed as non-necessary cookies. It is mandatory to procure user consent prior to running these cookies on your website.